The body is our general means of having a world.

I am a teacher and a performer, movement intrigues me and amazes me in all its forms, it is my favourite dimension to research, grow and relate to the world.

I studied contemporary dance in Milano, Boston, Barcelona and New York, integrating my academic studies with contact improvisation, yoga, aerial dance and tip tap. Since the age of 20 I have taught in a number of dance and drama schools and training centers. I have worked with a few Italian companies performing in countries around the world, and since 2005 I’ve been co-directing Schuko, a company performing shows, site-specific performances and multimedia works integrating dance, design and visual arts. I also have a B.A. in Philosophy and Anthropology and have worked in social and academic education.

My fascination with movement grew alongside my interest for Humanities, the mind-body relationship and pedagogy, bringing me to discover the Feldenkrais Method®, a discovery that would deeply affect the quality of my movement and my teaching method. Feldenkrais fueled my curiosity in the human being both from a philosophical and a physical point of view. I followed the four-year training for teachers and graduated in 2008 from the Feldenkrais Training Institute in Milan. I am the author of the manual Lessons of the Feldenkrais Method, for an ecology of movement, published by Xenia. I am an active member of AIIMF Associazione Italiana Insegnanti del Metodo Feldenkrais, a national institution that guarantees the quality of the Method’s spread.

The relationship between learning, physical contact and touch is what brought me from dance, through the Feldenkrais Method, to explore Infant Massage and become a teacher certified by A.I.M.I (Italian Infant Massage Association).

Moving is also traveling, an activity that I always do with pleasure! I have visited many countries, bonded with different cultures and lived in various cities. My current home is Trieste, where I have been living since 2012 with my family. The multicultural environment and the splendid nature that characterize this place are a constant source of inspiration for my artistic and didactic research.

Esseremovimento is my training proposal, divided into various disciplines and focused on a systemic vision of the human being. It includes courses in feldenkrais, dance and infantile massage, as well as periodic seminars of actors training, dance in natural enviroment, personal growth paths through experiential techniques, training for dance professionals, sport and rehabilitation. I really love collaborating with other professionals, combining my expertise with that of physiotherapists, psychologists, trainers, coaches, doctors and artists.

As a teacher I have also worked at:

As a trainer for health professionals: 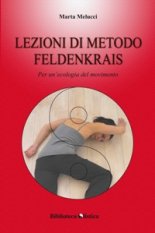 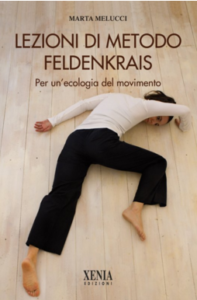 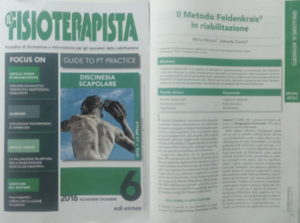 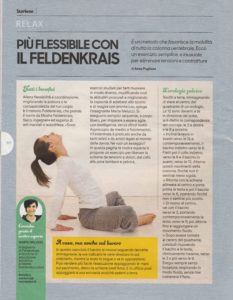